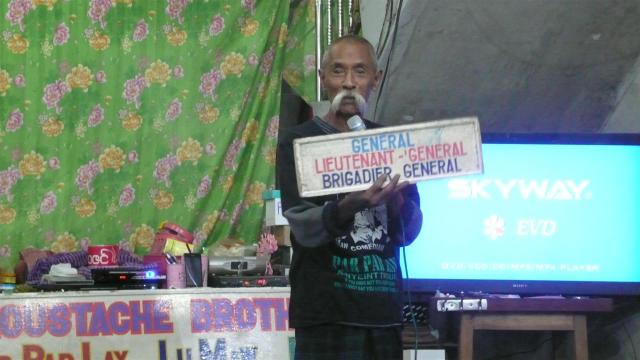 I had the rare opportunity to see the political cabaret of the Moustache Brothers in Mandalay. After the show they talked to me about their lives under the military regime in Burma. „We do not have fear, but every joke can bring us in prison again“, Lu Maw told me. From 1996 to 2003 they stayed in a forced labour camp because they performed freely on the compound oft Aung San Suu Kyi, today the charismatic leader of Burma. One of their members died already, the other lost in prison his eyesight, but they continue with their performance. There are no local visitors because everybody risks to get imprisoned when they attend the show. I did enjoy very much this evening with them. They asked me to write about it, because the more international attention they get the more safety is guaranteed for them. And, of course, I will. 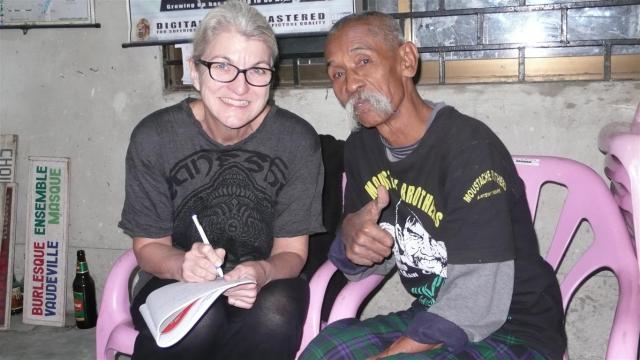 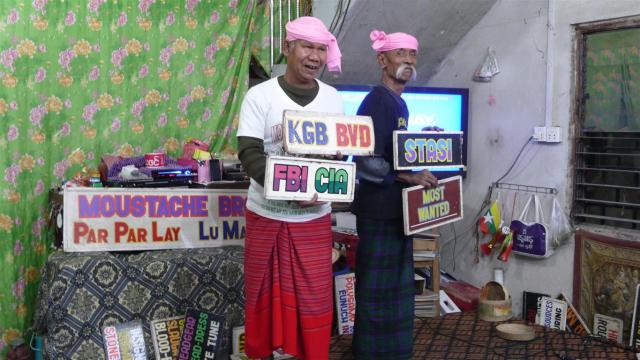 After their release in 2002 the reunited Moustache Brothers remained blacklisted from playing at outside events (marriages, funerals and so on). However, they played a series of gala performances at home attended – inevitably – by government agents. The regional commander soon said to Par Par Lay not to perform at home anymore. When he got home, some tourists had already gathered for that night’s show, and he and his family imaginatively decided to perform without costumes and makeup. Thus the show went on for the tourists (and the KGB people – Lu Maw´s nickname for Myanmar´s military intelligence). They explained they were merely “demonstrating” a performance, since they could not do a “real” one without costumes. Somehow it worked.

“They have ordered us to stop 6 times”, says Lu Maw. “But it goes in one ear and out the other. That´s our job!” The performance has become exclusively for tourists. Locals who attend would probably be followed by the police, but foreigners experience no problems.

Following the September 2007 demonstrations, Par Par Lay suffered another month in jail, but the shows have never stopped. They are still performed in a single room with just a dozen plastic chairs a yard away from the performers. Par Par Lay died in August 2013 of cancer; Lu Maw and Lu Zaw are continuing with the shows.