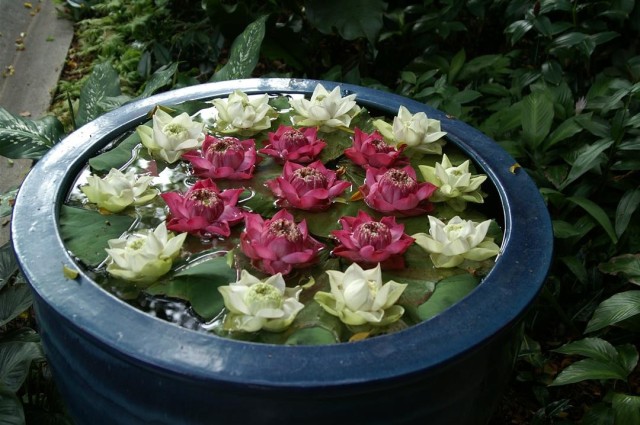 Are you planning to go to Thailand this year? Here is a list of the most spectacular festivals around the country.

The highlight of April is the Thai Traditional New Year or Songkran Festival held April 13 to 15. Visitors from near and far can be found taking part in a countrywide free-for-all splashing, tossing and shooting water in every direction. In addition to the well-known Songkran festivities in Chiang Mai and Bangkok, Songkran in Nong Khai offers the added flavors of northeast Thai and Lao cultures. 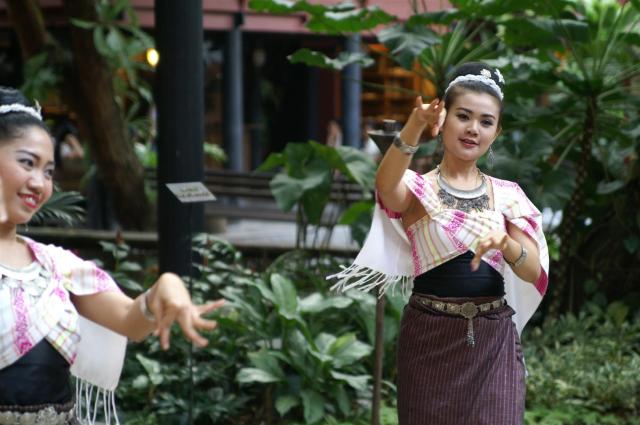 Held in collaboration are the windsurf races. Racers from Asian countries (including the promising new windsurfing countries of Myanmar and Sri Lanka) take part in the intense competition off Ocean Marina Yacht Club.

That’s the Thai version of Halloween. It is the biggest attraction to the otherwise sleepy farming village of Dan Sai, nestled in the mountains of Loei province of northeastern Thailand. The main event takes place on Friday, when there is a grand procession of men and boys (and these days girls too) in their colorful masks and costumes. The masks consist of a large head piece made from the woven cone used to steam sticky rice. The face is carved from wood or banana trunks. The clothing was traditionally sewn from rags of old cloth, but nowadays is usually a kind of jumpsuit patched from several colorful fabrics. Some of the masked men will carry a carved wooden ax with a handle carved to look like a phallus, or sometimes just a big wooden phallic charm called a Bhalad Khik. On Saturday there is a smaller parade in the morning, while in the afternoon the elders bring out a small rocket, which is set off near the reviewing stands. It is filled with little good luck tokens.

In northeastern Ubon Ratchathani it is an event to signify the beginning of Buddhist Lent and to show the people’s commitment to the Lord Buddha. Locals transform ordinary candles into magical angels and characters from Thai literature. Buddha Lent lasts for 3 months and this is when monks must stay on temple grounds to dedicate their efforts to studying, meditation and prayer. During their studies, people would offer them small candles as a form of gratitude. 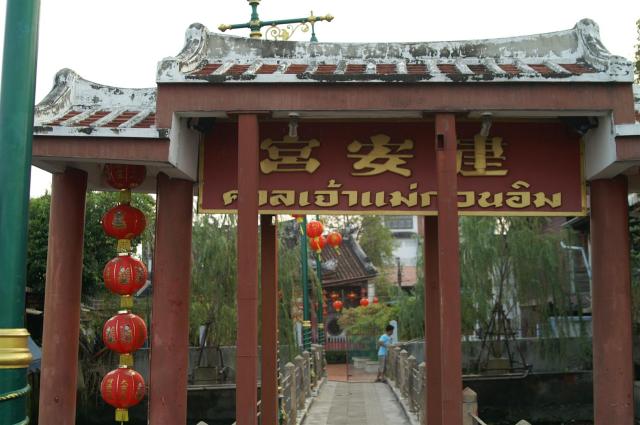 Here it is. The Swing Ceremony of the Akha hill-tribe people in Chiang Rai, celebrating the harvest season. This ceremony is held at the end of August until the beginning of September. The Swing Ceremony is also related with Akha’s life style. Everyone in this area are preparing the food for celebrating the festival. This rite is very important for women: They will dress properly by their ornaments and stuffs which are prepared all year. The dresses show that they are getting older. They are playing the swing and singing the song alone and in pairs. This rite is held for celebrating the plants which are going to be harvested.

The Phuket Vegetarian Festival is a colourful event held over a nine-day period in October, celebrating the Chinese community’s belief that abstinence from meat and various stimulants during the ninth lunar month of the Chinese calendar will help them obtain good health and peace of mind.

One of the most exciting aspects of the festival are the sometimes gruesome ceremonies which are held to invoke the gods. Firewalking, body piercing and other acts of self mortification undertaken by participants acting as mediums of the gods, have become more spectacular and daring as each year goes by. Men and women puncture their cheeks with various items including knives, skewers and other household items. It is believed that the Chinese gods will protect such persons from harm. 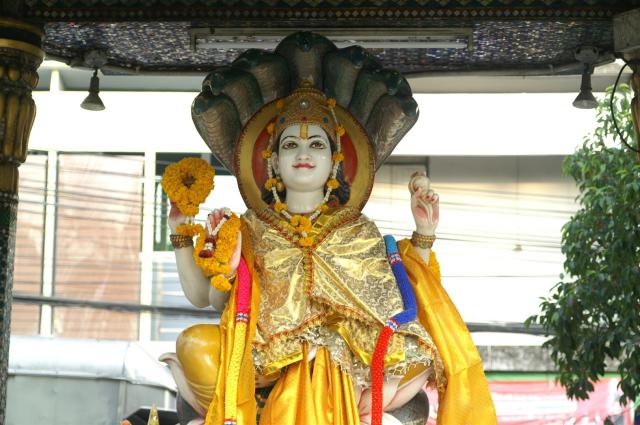 Thousands of people flock to this entertainment in downtown Chonburi south of Bangkok at the annual water buffalo festival. The day’s events, which also includes a buffalo beauty pageant, a Miss Farmer beauty contest and a comic buffalo costume contest, perfectly shows the Thai attitude to life: „Sanuk“ is the meaning of having fun.

This Ceremony is a major Buddhist activity that marks the end of Buddhist Lent. Thais make merit at temples and give monks new robes. Some river communities also entertain with long-tailed boat racing. 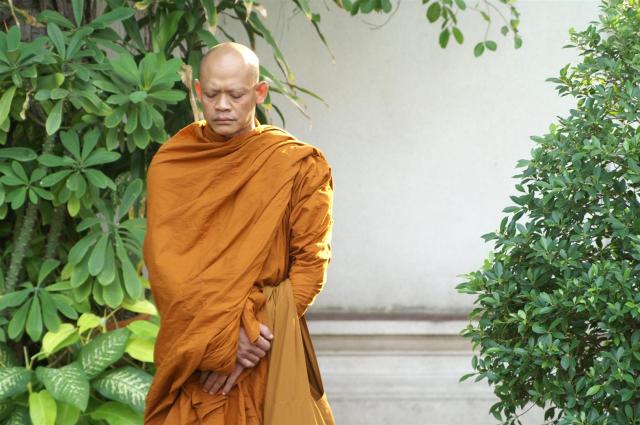 At Bangkok International Film Festival, which is held every year, more than 80 films of creators from all over the world are shown. In addition to films that compete in various categories, the festival holds a unique competition of films that are produced in South East Asian countries.

Surin, which is located in North East Thailand holds every year a colorful festival dedicated to elephants. The old festival started in 1960 and is held on the third weekend of November (Saturday – Sunday). The residents of Surin have an ancient tradition of raising and taming elephants as working animals.

In the last years, the economic value of the elephants as working animals decreased so their growth changed to entertainment requirements. On the first day of the festival a parade with the participation of more than 200 elephants takes place. The school pupils and teachers join the parade with dance, music and songs.

At the end of the parade the elephants get breakfast. They arrive to counters full of vegetables and fruits. On Sunday, the second day of the festival, the elephants gather in the Surin Elephant Show Stadium to a central show that includes restoration of battles from the former decade performed by „warriors“ riding on elephants. 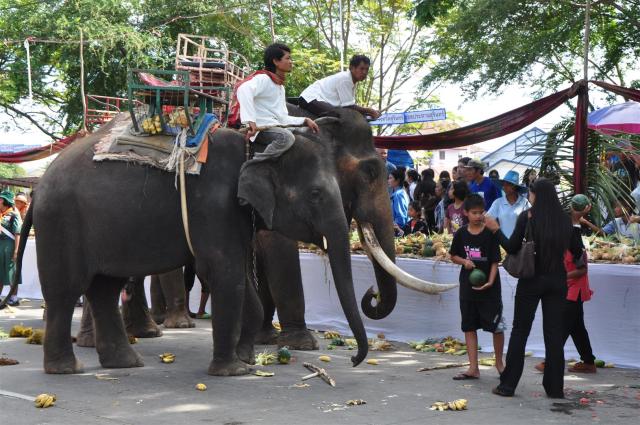 Loi Krathong is often claimed to have begun in Sukhotai. On the night of the full moon, Thais launch their Krathong (a basket) on a river, canal or a pond, making a wish. The traditional Krathong are made from a slice of the trunk of a banana tree or a spider lily plant. Modern Krathongs are more often made of bread or styrofoam. A bread krathong will disintegrate after a few days and can be eaten by fish. Banana stalk Krathong are also biodegradable, but Styrofoam Krathongs are sometimes banned, as they pollute the rivers and may take years to decompose. A Krathong is decorated with elaborately-folded banana leaves, incense sticks, and a candle. A small coin is sometimes included as an offering to the river spirits. The festival may originate from an ancient ritual paying respect to them. 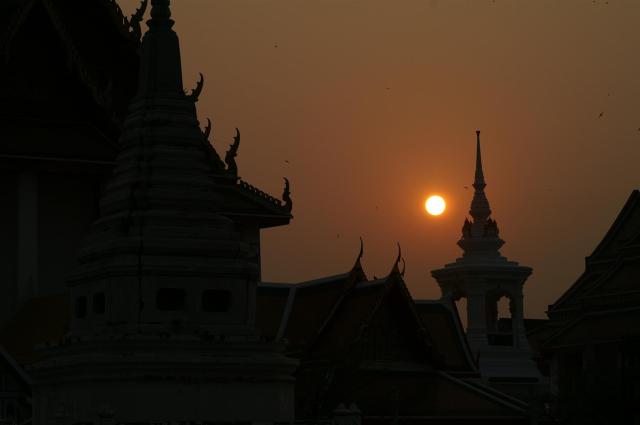