Brad – The story of a jet-setting Mexican street dog

At the beach for the first time in his life.

It was one of those days I will never forget. Early in November 2017 I visited Guanajuato for the Day of the Dead festivities. It was an amazing experience.

I liked walking around the city. During my wanderings through the cobblestone streets I saw street dogs. Usually I talk to them. Most of them would  stop and listen to me. It was on Calle Juan Valle near the bronze statue of the famous painter Diego Rivera where I saw him: a small, dirty dog. He seemed a bit lost, so I talked to him. He looked at me, but I could hardly see his face because his hair was so long and covered half of his dark eyes. He stood still. I took him into my arms, sat down on a nearby bench with him on my lap, and stroked him. Under my fingers I could feel all his rips. He stayed quiet, did not move. 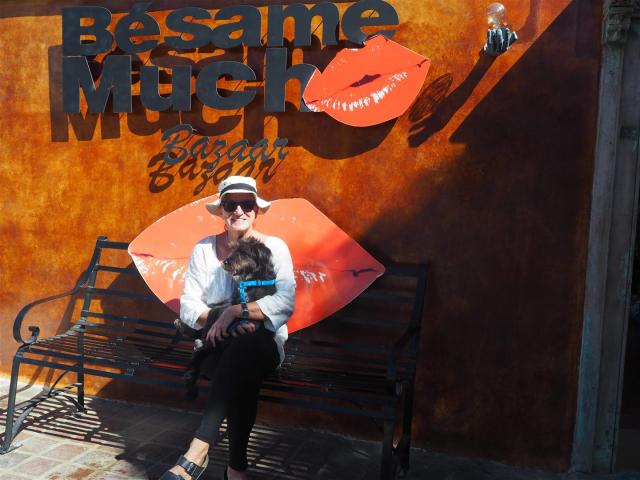 The man asked me to follow him to the hotel, where he showed me a piece of cardboard and some food and water near the hotel’s front desk. He said he was desperately looking for someone to adopt the little dog, which they had named Sevino. The meaning of this name was “the one who came.” The dog had turned up on the street in front of the hotel one day in September. They guessed that he had been living on the street for some time because he was very thin. A woman wanted to adopt him but finally decided not to do so. And Sevino could not stay forever in the hotel.

With the public bus to the vet.

I put him down in his place and left the hotel. He ran after me. I picked him up again, brought him back to his place, and turned to leave; but  he followed me again. Finally I placed him in the arms of the hotel employee and I left.

That night I could not sleep. My mind was in turmoil. But the next morning my decision was clear. I would bring Sevino home with me. I didn’t know how, but my decision was made.

I went back to the hotel. Sevino was still sleeping on his cardboard. I asked the employee if I could take him to a veterinarian for a checkup. He happily agreed. I was due to fly to Baja California Sur early that afternoon and had only a few hours in which to implement my decision. Near the vet’s clinic was a dog beauty parlor and a shop with dog crates, leashes, and other pet paraphernalia.

First, the beauty parlor. Here Sevino was scrubbed and shampooed twice, blow-dried, and had his nails clipped. Next,  to the veterinarian clinic, with a very friendly vet. In the meantime my husband bought a crate, a small harness with a leash, and some chew bones. They must have been really tasty because Sevino loved to eat them during the rest of our travel.

Brad’s first time in a hotel.

We called a taxi and rushed to the airport with Sevino. It was then that our Mexican holiday with him began. We decided to rename him Brad, which was an easy name to remember, like Brad Pitt, and because he was so beautiful. 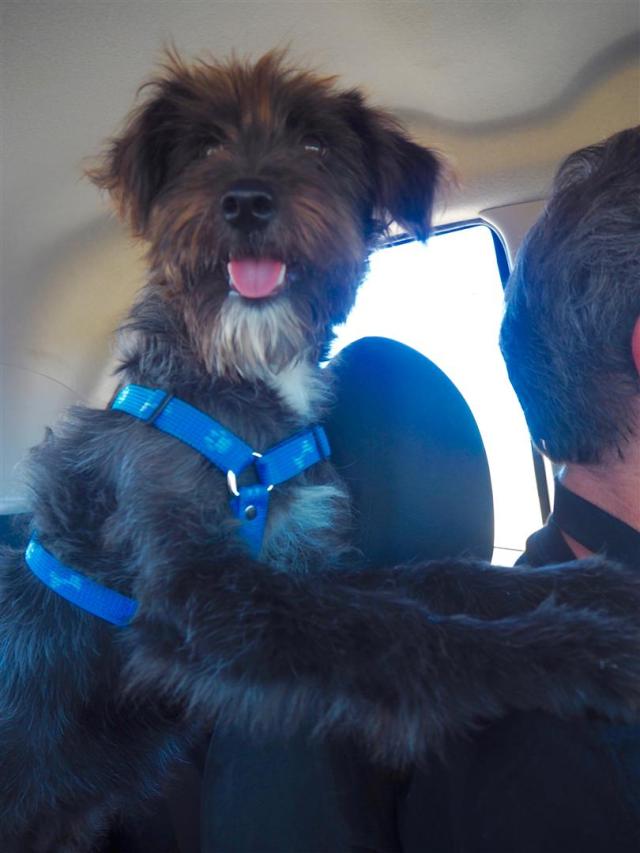 First time in a car. Brad as a perfect Co-Pilot.