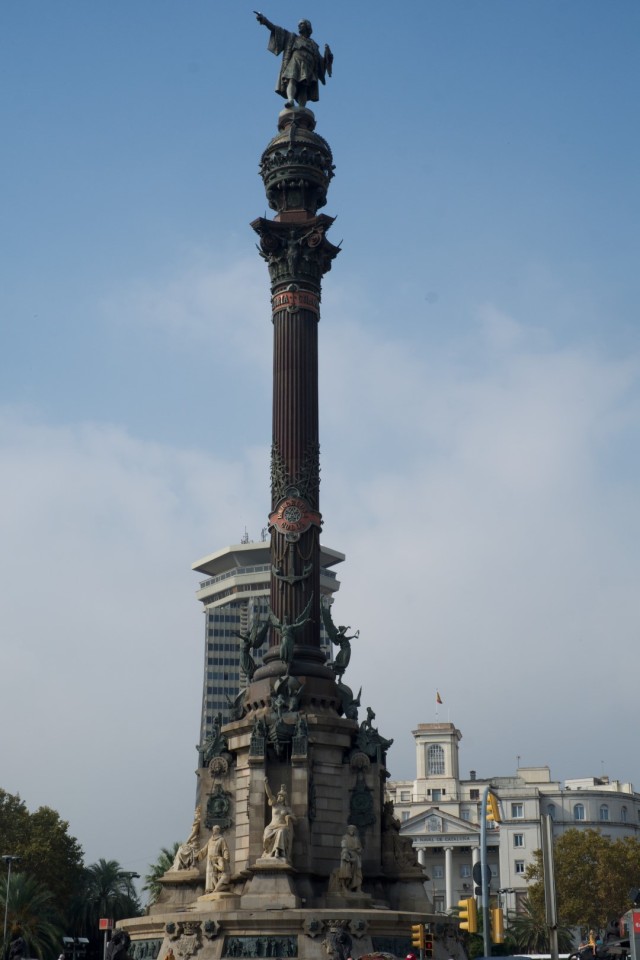 Did you ever visit Barcelona? If yes, you will remember that great monument which stands at the end of La Rambla, near the sea. Right? But what about the history?

On 10th May 1881, Barcelona City Council agreed to erect the monument as a tribute to Christopher Columbus, who chose to disembark in the port of Barcelona on his return from America.

A competition was held and 27 projects were presented. The architect Gaietà Buhigas was the winner. The foundation stone was laid on 26th September 1882, during the reign of Alfonso XII, in the presence of the city’s authorities and a committee from Genoa City Council. The monument was dedicated on 1st June 1888, as part of the ceremonies marking the Universal Exhibition. The dedication was presided over by the Queen Regent, Maria Cristina, and representatives of the King of Italy, Humbert I, the President of the United States, Grover Cleveland, and Genoa City Council were also present.

Do you know 10 things about Columbus Monument?

8. It took seven years to build.

9. More than 10 sculptors took part in the project.

10. The first lift inside the column was hydraulic.

Christopher Columbus (1452 – 1506), master navigator, expert astrologer, geometrician and mathematician, was an admiral who served under the Spanish Catholic Monarchs, and became viceroy and governor of the Indies.
There is some debate over Columbus’ birthplace. Over the years, a number of historians have defended the theory that Columbus was, in fact, Catalan, in contrast to the widely accepted view that he was born in the Italian seaport of Genoa. It has also been claimed that he was born in Corsica to a Catalan family. On the whole, the argument that he was Catalan gives some answers to the mysteries surrounding Columbus, and provides a plausible alternative to the theory that he was from Genoa.