From Georgetown we are flying with a small Cessna and above untouched rain forest to one of the most impressive landmarks in South America: The magnificent Kaieteur Falls. We are landing on a small jungle airstrip in the almost untouched heart of the country. 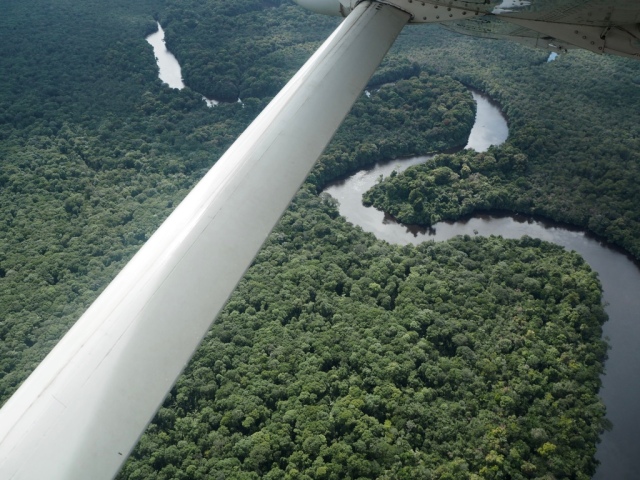 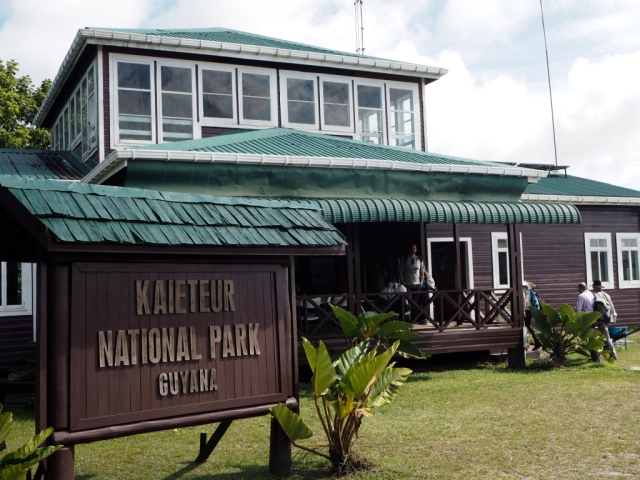 The Kaieteur National Park sits in an ancient plateau watershed between the Amazon and Orinoco river basins that is around 2 billion years old. After landing we grabbed our luggage with the strict limit of 9 Kilo. The flying time from Georgetown is about 1 hour, the overland route, which is a combination of minibus, boat, tracking and return flight takes a minimum of 5 days. Most tourists are coming by plane just for the day but we had the chance to stay overnight at the Kaieteur Guesthouse, a rough and basic place in the middle of the jungle just a short distance from the falls.

With us arrived Carlos, the cook, with all the necessities we need to survive one night. Each bedroom has 2 beds and shared bathrooms. You also can choose to spend the night in the hammock inside or outside at the terrace. The house has limited solar power (110V), running cold water and the kitchen has a gas stove, fridge and utensils but all food and drinks must be brought in. Carlos took care of.

The guesthouse, built in 1929, may be shared with employees of the park and visiting researchers, It is not at all luxury and rather rundown but a priceless location allowing you to enjoy the falls in the early morning or before nightfall on your own except for the thousands of swifts coming in to roost behind the cascading water. There has been talk for years of building a small boutique lodge but until then this is the only option to stay overnight.

You must be accompanied by a local guide because Kaieteur is still very much an isolated wilderness area. There are no souvenir shops and even no guardrails to prevent visitors from plunging down from the overlooks. However, this lack of development is one of Kaieteur’s greatest assets. At Kaieteur the only distractions came from nature. Most of the time you are the only visitor to the park, giving the sense of having the entire wilderness all to yourself. 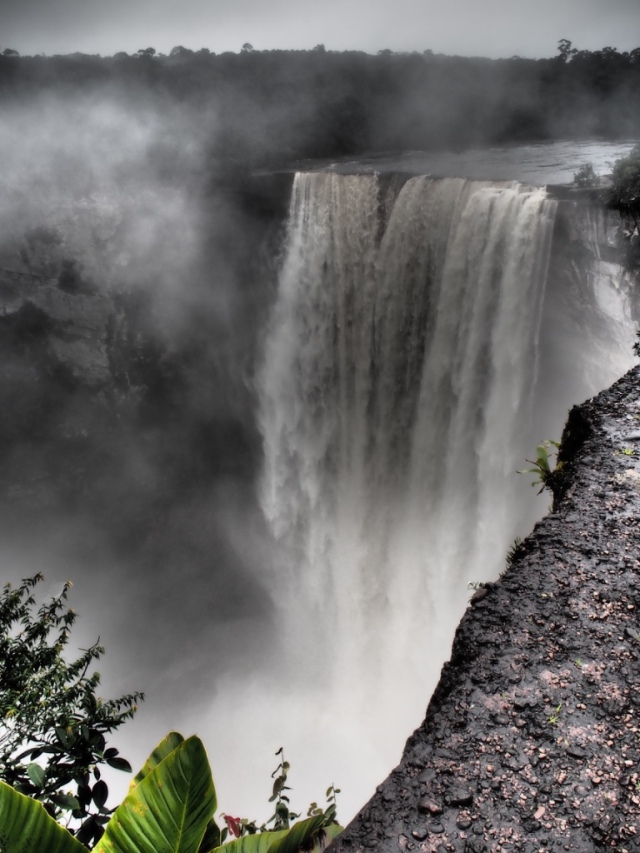 For me it was one of the most amazing things I saw in my life. Our tour guide Waldyke Prince, nicknamed Wally, had a real treasure of stories to tell. He knew all the animals, plants and mysteries of his home country. 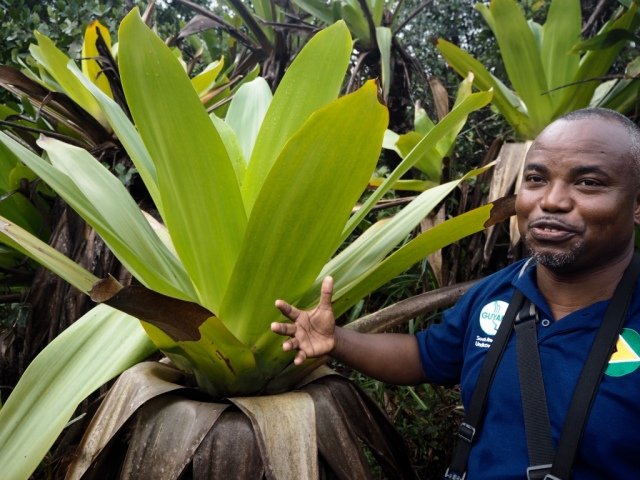 The beauty of Kaieteur Falls lies in its sheer size and power. During the rainy season (January, May to August and in November and December) almost 115.000 Liter of water per second flow over the nearly 122 Meter-wide edge giving you a stunning sight and sound.

The Legend behind Kaieteur Falls

Legend has it that the waterfall draws its name from a selfless Patagonia Amerindian chief named Kai. In an effort to appease the Great Spirit Makonaima, Kai sacrificed himself to save his tribe from the vengeful Caribs. Appeasing gods takes bold acts and Kai outdid himself by paddling over the point where the Potaro River tumbles into the gorge below. („tour“ means „falls“ in a local dialect).

We were lucky and discovered during our rainforest walk around the Falls the famous Guianan Cocks-of-the-Rock bird (Rupicola) in his bright red color and the tiny golden rocket frog (Anomaloglossus beebei) in his preferred place inside the base of the bromeliads’ leaves.

More infos for your travel planning around British Guyana:

My travel was supported by Guyana Tourism. All opinions and photos are my own.