May I introduce you to Henry? He is about 110 years old.

Tuatara are rare, medium-sized reptiles found only in New Zealand. They are the last survivors of an order of reptiles that thrived in the age of the dinosaurs, some 200 million years ago. 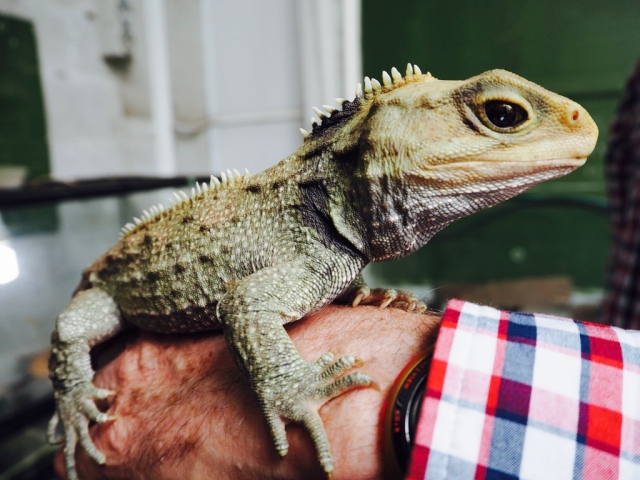 Tuatara once lived throughout the mainland of New Zealand but have survived in the wild only on 32 offshore islands. These islands are characteristically free of predators which are known to prey on eggs and young as well as compete for invertebrate food. 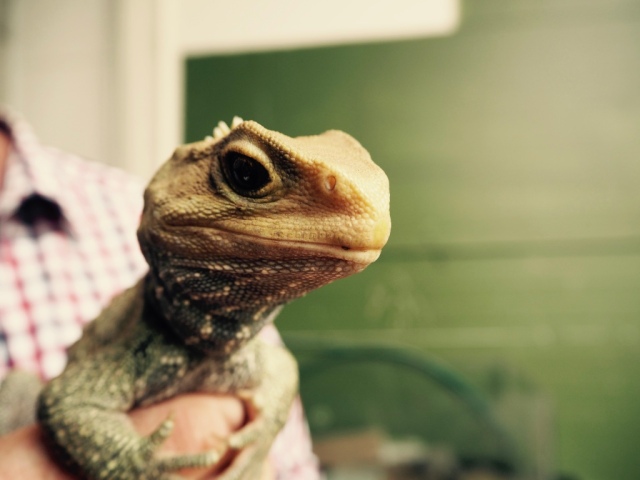 The Southland Museum in Invercargill cares for over 100 Tuatara, all at different stages of development, from new born babies to teenagers, to world famous Henry, who is over 110 years old. Incidentally, Henry holds the world record for living in captivity for over 46 years.

An adult Tuatara can survive on very little food, consuming only a quarter of its body weight per year. They are one of the longest living, slowest growing reptiles. They may live up to 150 years.On the top of a Tuatara skull, above the brain, is a third eye hidden under the skin. 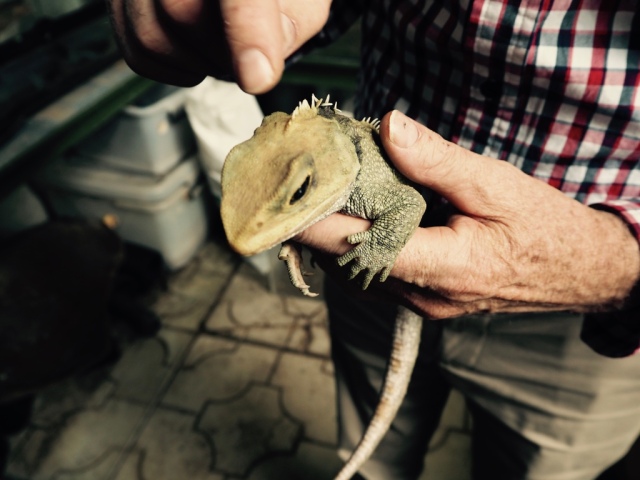 Here you see Henry and Kat. Kat is male and 19 years old.