I tried it for the first time 2 years ago in Bangkok with a personal trainer. And I liked it. And now I had the chance to do it again. It is becoming a bit of a ritual every time when I am in Thailand for holidays. 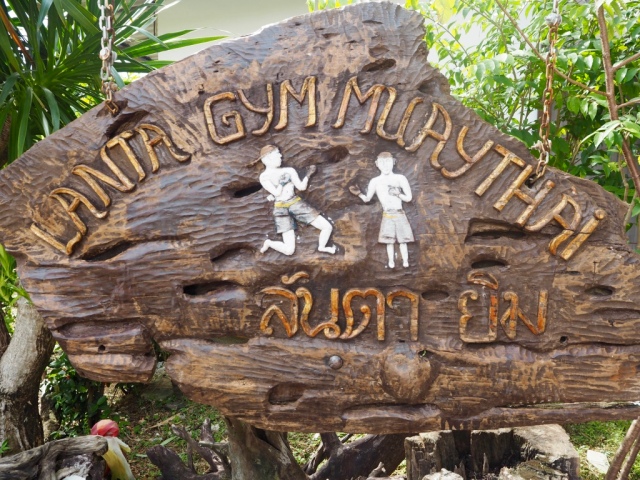 But what is behind this famous workout? It is the renowned national sport of Thailand and a person’s entire body can be used as a weapon. It is a balance of movement and force and normally it gets accompanied by Thai traditional music. In more rare forms like Muay Kard Chueak, dangerous bare-fisted boxing is accompanied by dangerous weapons like a rope with small pieces of glass glues to it. Due to history Thai people celebrate every year February 6 as „Muay Thai’s Day“.

If you are interested in Thai Boxing and would like to learn it, you can train in boxing gyms throughout the country. Many famous gyms such as AKA and Mixed Martial Arts in Phuket have a pay-per-visit fee. Buakaw’s Gym and Banchamek’s Boxing Gym in Bangkok also offer a pay per visit membership. This time I got some lessons at Lanta Gym on the island of Ko Lanta. 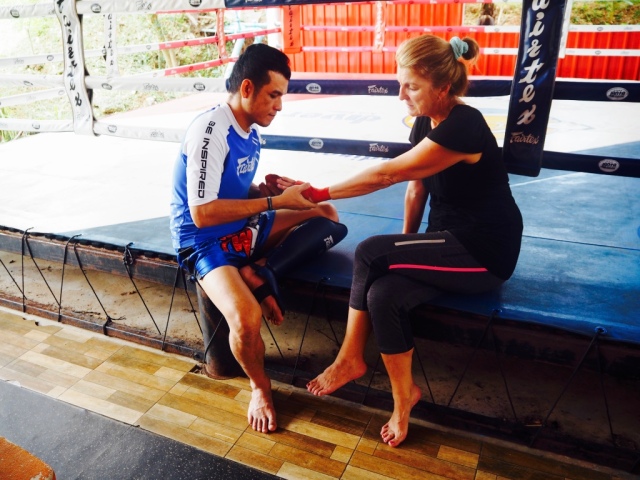 Many famous actors learn the basic of the sport for their acting scenes. International films have also portrayed the martial art form. The most famous is „Ong Bak“, launched in 2003 and starring Tony Jaa. Although some Muay Thai supporters were not happy with the Hollywood portrayal of the art, it brought fame to one of Thailand’s greatest traditions. The movie had earnings of more than 20 Million US-Dollars and put Muay Thai on the international stage.

But the true spirit of Muay Thai that has been passed from generation to generation is in the wisdom, virtue and art that the Thai ancestors created to build and protect the nation. It is seen most clearly when 2 Muay Thai opponents give their best in a respectful battle of dignity and honor following in this Thai tradition.